Need a record from Dallas police? There’s a webpage for that.

The Dallas Police Department’s open-records unit modernized and began accepting records requests through an online system (GovQA) in 2017. In the past, requests had to be emailed to the unit, which would generate an automatic reply saying the request could take up to 30 days to process. When the records were ready, they had to be picked up at the department’s headquarters building.

Now, new requests can be submitted online, and those submitting requests can choose to have certain records released electronically when they’re ready.

The city of Dallas was first to launch its open-records system, going live last year (2016). 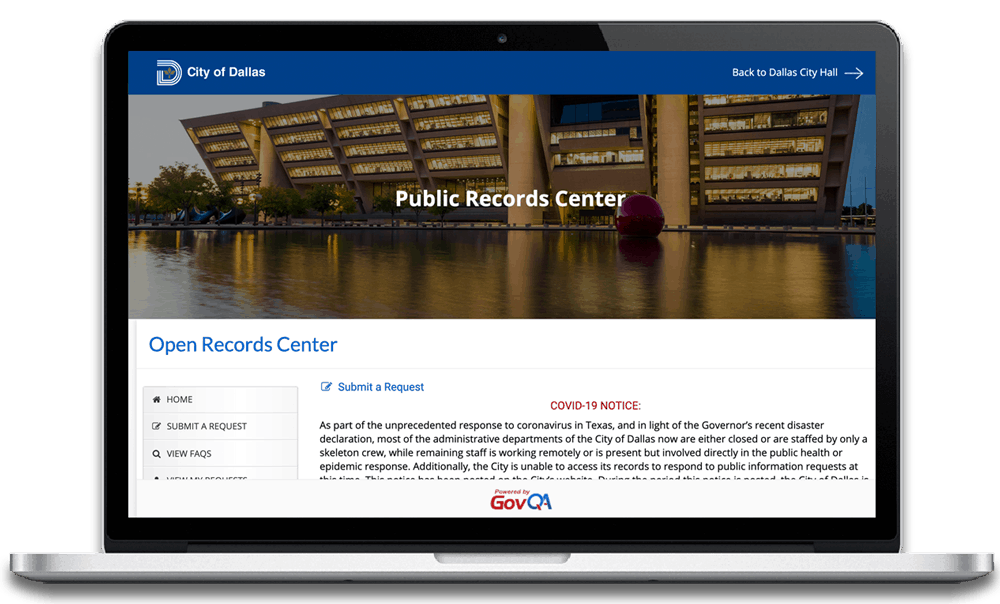