Responding to records requests is a growing part of the job 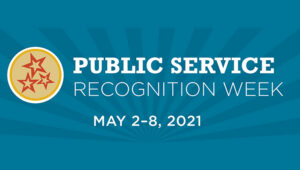 The president and Congress designated the first full week in May as Public Service Recognition Week in 1985 to honor the men and women who dedicate their lives to serving the public.

“While it’s not any agency’s primary mission, dedicated public servants at each organization work hard to keep citizens, the media, and other governments informed and themselves accountable,” said Jennifer Snyder, chief evangelist at GovQA.

This year alone, municipalities across the nation using GovQA software have responded to nearly a half million requests for information—and the number is projected to grow. According to GovQA’s Peers in Public Records (PiPR) Index, which tracks state and local public records trends, request volumes increased by 21% from June to December 2020. As these requests become more voluminous and complex, the total time an average agency spends processing requests has also skyrocketed, from an average 438 hours in the second quarter to more than 2,100 by year’s end (a 388% increase). Demand for larger files, such as audio and video data, also has increased substantially in recent years.

Many state and local agencies across the nation are investing in technologies that allow them to better manage the volume and complexity of records requests while becoming more efficient, saving tax dollars and freeing up staff to work on other important business. GovQA’s cloud-based, secure public records (FOIA) software promotes efficiencies by reducing repetitive work, limiting errors, streamlining collaboration and improving customer service.

GovQA is the largest provider of cloud-based SaaS automated workflow solutions for government compliance. Its Public Records Request Management software handles more Freedom of Information Act (FOIA) requests for state and local governments than any other software provider. With 20 years’ experience in advanced technology for government agencies, GovQA combines trusted tools and security, proven government expertise, and a scalable platform that enables cities, counties, and state agencies to securely collect and control time-sensitive information within, across, and outside governments. GovQA’s proprietary Peers in Public Records (PiPR) Index  is the only index that tracks trends in public records for state and local governments. Visit www.govqa.com for more information.

Read the release on Newswire.