On Monday, commissioners authorized going into a master contract usage agreement with the Washington State Department of Enterprise Services (DES).

The new software is a response to changes in the state Public Records Act, which took effect in July and require the county to collect statistics on public records act compliance.

This is difficult with the current software, according to Monday’s agenda request from Mark McCauley, the county central services director.

The new software will cost the county $24,367 for the first year. That cost currently is not budgeted.

However, according to the agenda memo from McCauley, the county’s Information Technology Department does have the budget capacity for the purchase of the software so a year-end budget adjustment is unlikely.

The contract will allow Jefferson County to use GovQA software, which can be purchased with a purchase order due to the DES’s contract with the National Association of State Purchasing Officials ValuePoint Software Value Added Reseller, which includes the GovQA software.
The GovQA is currently used by more than 50 local governments in Washington state. County staff said representatives of some of those entities endorsed the software.

The staff recommendation was to move forward with the purchase of the GovQA software and commissioners unanimously approved the first step, the initial contract, during their Monday meeting. 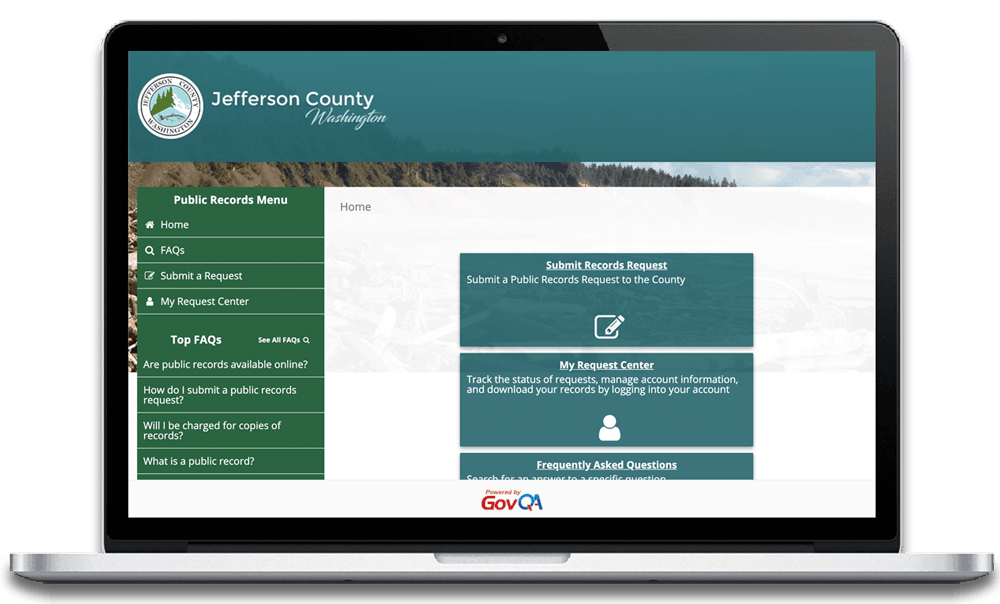