While governments are struggling to deal with the impacts of coronavirus and ever-changing stages of locking and unlocking, another crisis has hit – unprecedented protests over racial inequality in the wake of George Floyd’s death in police custody. An in-depth look at how different cities handle police complaints reveals clues about their histories and mindsets regarding the law enforcement-citizen relationship and what might be done to improve goodwill and achieve peace.

A Week of Protests in Seattle Generates 12,000 Complaints

Seattle is accustomed to large-scale citizen protests – massive 1999 demonstrations over a World Trade Organization meeting in town was later dubbed the “Battle of Seattle.”  Over four days, 40,000 demonstrators took to Seattle’s streets surrounding the convention center; the police chief eventually resigned over his department’s response.

So consider that on Monday, June 1, 2020, the Seattle’s Office of Police Accountability issued a press release stating it had received 12,000 complaints over alleged police conduct at protests over the past weekend. Many complaints related to the same ten high-profile incidents, including the alleged use of pepper spray against peaceful protestors, including a small child.

One apparent purpose of the press release was to get the word out about the city’s web portal for police-related citizen complaints. The portal allows individuals to file complaints, provide a link to a video they’ve taken, and track the complaint’s status. The press release states “We encourage community members to continue filing complaints. We are working to ensure space on our voicemail, but if you are unable to leave a message, please file a complaint via our web form.” Although the relevant phone number isn’t given; the link to the web portal is.

Across the country in New York City, as the Washington Post reported on June 5, 2020, a comparatively small number (633) of complaints against police had been filed over the prior week with the NYC Civilian Complaint Review Board (CCRB), “an independent agency…empowered to receive, investigate, mediate, hear, make findings, and recommend action on complaints against New York City police officers alleging the use of excessive or unnecessary force, abuse of authority, discourtesy, or the use of offensive language.” Like Seattle, the CCRB encourages citizens to file complaints but offers eight methods for doing so compared to Seattle’s two, including filing online and visiting CCRB offices. NYC’s online method appears to function just like Seattle’s, providing an online intake form, assigning a case number, and allowing users to look up the complaint status, although as of June 9, 2020, CCRB was reporting its lookup system was not functioning.

A June 5 New York Times story reported: “Many officers dispatched to the recent protests have concealed their badge numbers with strips of elastic or electrical tape. The department said that these were mourning bands, worn to honor colleagues who have died from Covid-19, but a civil liberties group demanded they be removed so those bad actors could be easily identified.”

NYC officers concealing their badge numbers to avoid being identified in complaints appears to be an endemic problem. In 2018 NYC passed the Right to Know Act, which outlines NYPD officers’ obligation to identify themselves by providing their name, rank, command, and shield number to civilians at the beginning of “certain interactions.” The Act further requires officers to carry business cards to give civilians with info on where they can make a complaint about an encounter with an officer and request body-worn camera footage of their interaction. Citizens can ask an officer for this business card but officers have to offer it in certain circumstances, such as during frisks and searches.

The Relationship Between Complaints and Public Records

As in many places, the recent unrest has spurred police accountability reform in New York. NBC New York reported on June 9, that the State Assembly repealed a decades-old law holding that police officers’ disciplinary records, including complaints and transcripts and dispositions from disciplinary proceedings, were not subject to public records requests. Delaware is now the only state that still has such laws on the books.

DID YOU KNOW that half of the nation’s 18,000 law enforcement agencies have some type of bodycam program, with many more in the pilot stage? While these programs have numerous benefits, they can also have a high price tag. The cameras themselves can be relatively inexpensive, but the video storage and costs for review/redaction of video evidence are not insignificant. For some smaller cities and counties, the ongoing costs of the programs caused them to reverse course. Learn more here.

Back out west in Denver, as of June 2 the Office of the Independent Monitor, the civilian oversight agency for the Denver city and county police and sheriff departments reported receiving 150 complaints regarding police conduct in the past 72 hours – along with a number of commendations. The DPD web page to access the system is entitled “Commendations and Complaints” – in that order, which reveals a potentially different approach to policing, a different relationship with the community, both, or possibly more.

The OIM issues an annual report on its activities and complaint/commendation statistics. The 2019 report reveals an aspect of police complaints that most would probably not think of: quite a few complaints are filed internally by other DPD officers or staff. In 2019, 357 complaints were filed by community members and 88 complaints were internal. So of the 445 total complaints, the ratio is 4:1 citizens to internal complaints — 80% were from citizens and 20% were internal.

The report raises another interesting point – because there are so many contributing factors, it’s very difficult to explain fluctuations in police complaints over time – but if you look at a graph of 2016 to 2019 complaints with a curve for external and another for internal, parallel isn’t perfect — but there is a definite correlation.

On June 10, the Los Angeles Police Department issued a press release stating it “continues to investigate allegations of misconduct, violations of Department policy, and excessive force during the recent civil unrest.” So far, there are a total of 56 complaint investigations, 28 involving alleged uses of force.

The possible pathways for making police-related complaints and commendations in L.A. may illustrate the concept that more may not always be better. The press release directs those who want to file a complaint to send an email to ProtestResponse2020@lapd.online or oigcompl@lapd.online, or call the Office of the Inspector General (OIG).

L.A.’s Board of Police Commissioners is a civilian body and the titular head of the police department; OIG staffs it. On the OIG website, there are separate pages for filing commendations and complaints. To file a commendation, citizens can write a letter to the captain of their local station or the Chief of Police, make a verbal commendation to “any Department supervisor”, or file online. To file a complaint, ten methods are offered: calling, faxing, in-person visiting, mailing a letter, messaging via an app, speaking with staff at public meetings, and commenting on Facebook, Twitter, or Google Business. There are also links to paper complaint forms.

Over at the LAPD, you can call a complaint hotline, speak to a supervisor at any police station, file an online complaint form, contact your local council district office, or consult the LAPD Internal Affairs website, which offers the further options of filing a complaint (preferably in person) with them, at any police station, the Police Commission, or the OIG.  It also offers a “Complaint of Employee Misconduct” form available from any police facilities or City Council field offices.

Smaller Cities Are Not Immune to Protests, Complaints, or Calls for Police Reform

In the Midwest, Naperville (a large suburb of Chicago), is also wrestling with increased complaints and calls to defund the police.  According to the Daily Herald, in the wake of early June protests, the city asked state and community leaders to share ideas for improving policing and received 10 ideas in response. One idea was to improve the process of filing complaints against an officer. Another was to require officers to wear body cameras with audio. Naperville council member, Benny White, explained that “body cameras require an investment — not only to buy the cameras but also to pay for data storage and security…an investment [that would] be worthwhile.” (See GovQA’s 2020 PEER Survey Results on bodycams here.) Mr. White continued by also expressing support for upgrading the complaints system. “The complaint process should be improved to assure people feel confident they will not face retaliation for speaking out.” A search of the city’s website turned up the Office of Professional Standards page which directs people who wish to file a commendation or complaint to call or email Naperville PD Commander Mike Son.

Filing Complaints at the Federal Level

With the broad media coverage of the recent Washington DC pepper-spraying and stingerball clearing of peaceful protesters near the White House by a force composed of officers from a number of federal agencies (some of which, like the U.S. Park Service, were identifiable at the time and some of which, like the Bureau of Prisons, were only were later identified), it’s worth noting an absence of news reports of police misconduct complaints filed against individual officers. There could be many reasons for this – but certainly it was an extraordinarily complex situation in which a number of entities were acting in an unprecedented way – and none of those cited as active participants were part of the local police.

To file a complaint against any law enforcement officer, it is helpful to first know the officer’s unit, badge number, name or some other piece of information that identifies that officer. But, in the case of the June 1st incidents, filing a complaint against a federal officer, has extra challenges. For the Bureau of Prisons officers, filing a complaint would involve interpreting the DOJ web site describing types of complaints and how to file. It appears that civil complaints can only be filed against federal law enforcement under ADA (leaving one to assume that would not help the able-bodied protesters). So that leaves criminal complaints; and those must be filed through the federal Department of Justice’s Coordination and Review Section by mail or phone.

Filing a complaint against the Secret Service (another agency involved in the incident) involves a document request.  But the National Park Service Police complaint process is more straightforward and offers 6 methods of intake including filing in person, calling, email, and snail mail. In spite of the difficulty in filing individual complaints, the events of June 1 seem to be resulting in some corrective actions as evidenced by a new online tool for civil-rights violation reporting introduced just this week by the DOJ.

Seismic Changes For Law Enforcement – Now And Into The Future

On Monday, June 8, 2020, House Speaker Nancy Pelosi and others in the House and Senate unveiled far-reaching legislation to overhaul policing in the United States. The bill called “Justice in Policing Act” has 200+ co-sponsors. Republicans in the Senate introduced a second bill which focuses on transparency and training. In the coming weeks, Congress will hold hearings and consider voting on the new pieces of legislation. [See a side-by-side look at the police reform bills here.]

It was immediately obvious  that the June 2020 protests were different — they quickly grew to embrace some of societies’ gravest and most persistent challenges; and massive changes, such as defunding of some police departments, happened overnight. Impacts to governments’ police complaint handling systems will likely continue filtering through for a long time to come.

Looking at the Seattle, New York City, Denver and L.A. systems raises the question – does the number of avenues a city provides for registering complaints have an inverse relationship with its ability to collect and analyze complaint data and use it to make critical observations and needed changes?

What Other Challenges Do Public Safety Agencies Face? 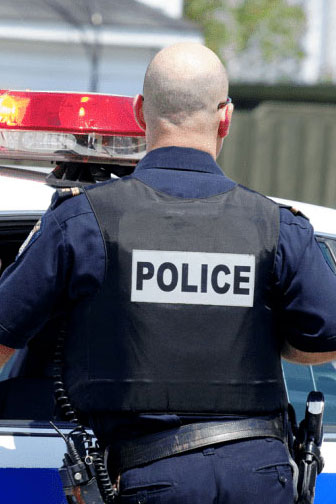 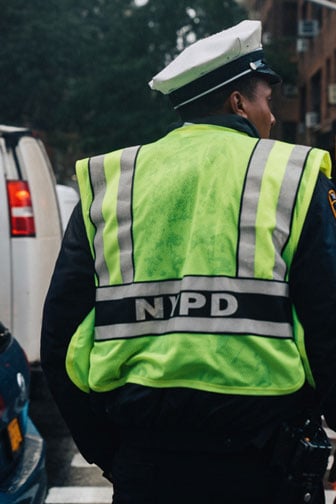 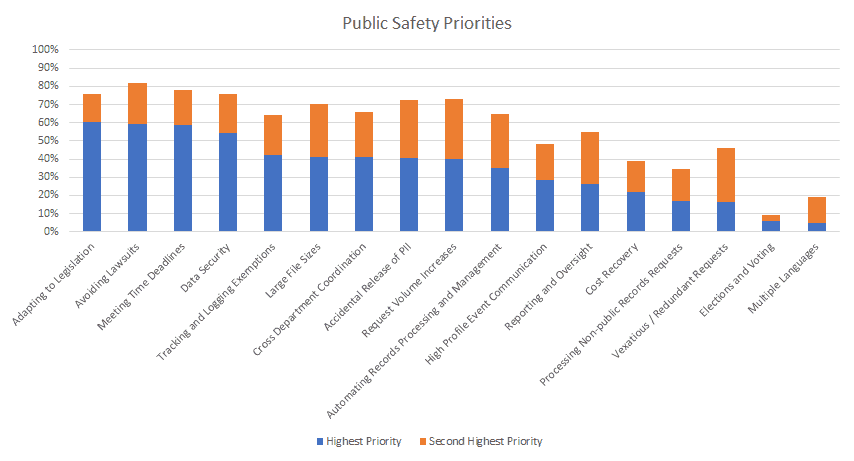