Clarifying and Redefining the ‘Who’ and ‘What’ of Public Records

Because an email went to spam, a Virginia lawmaker wants all FOIA requests made by certified mail

A citizen emailed a FOIA request to a state lawmaker and it went into spam. That prompted the lawmaker to file a bill that would require all public records requests in Virginia to be made by certified mail.

Open government advocates said the bill by Del. Paul Krizek, would create barriers to citizens who want to make FOIA requests, would hinder government agencies like Fairfax County or Virginia State Police who handle FOIA requests digitally, and would be “horrendous” for reporters.

Under the bill, anyone requesting records would need to do so by mail at the post office and use certified mail or a first-class tracking method. Certified mail costs $3.75.

Get 50% off a NAGARA Membership with the Winter Refresh Event

NAGARA is offering you a 50% discount on your first year’s membership dues when you join during the month of January. That’s right! Instead of paying $89 for an annual individual membership, you’ll pay just $44.50 your first year, which is roughly $3.70 a month, or less than a cup of coffee! 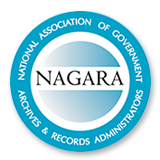 To take advantage of NAGARA’s Winter Refresh Event click the JOIN NAGARA NOW button and proceed through the online join process. At checkout, enter the promotional code “REFRESHGovQA” to obtain the 50% discount.

At the request of the officials, Senate Bill 63 would exempt from the Kentucky Open Records Act a swath of “personally identifiable information” about them, such as their tax and property ownership records, marriage certificates, dates of birth, home addresses, personal phone or email addresses, Social Security numbers, heath care data, vehicle registrations, personal financial account numbers and “employment location or assignments.”

The bill also would shield such information about the officials’ families if the relatives requested it.

An advocacy group is calling for reforms to New York state public information laws after their report found that several county boards of elections in New York, including Suffolk’s, displayed a lack of transparency in answering their requests for meeting information.

Suffolk County was one of 19 county boards of elections tested across the state for compliance with the state’s Freedom of Information Law and Open Meetings Law — laws created to affirm the public’s right of access to government decision-making — in a report published Tuesday [Jan. 11] by the New York Coalition for Open Government, a nonpartisan advocacy group.

Only five of the 19 county boards who received the group’s FOIL request sent an acknowledgement in response to the request in the five business day period outlined by state law, the report states. Four others responded a few days late. Suffolk County’s Board of Elections did not respond at all.

New York State currently has a Committee on Open Government that provides information on FOIL and OML, and provides advisory opinions, but does not have any enforcement authority and has no power to penalize a government entity for violating the laws.

A government transparency advocate argued Friday [Jan. 14] that the Missouri House of Representatives is defying the will of the voters by withholding information from the public when responding to open records requests.

Whether the Missouri House has the authority to withhold information, including the addresses and phone numbers of constituents, was at the heart of [the Jan. 14] hearing before Cole County Circuit Court Judge Jon Beetem.

The lawsuit stems from a rule the Missouri House adopted in the wake of voters passing a constitutional amendment, known as “Clean Missouri,” in Nov. 2018 that made lawmakers subject to the state’s Sunshine Law. Previously, some lawmakers had considered themselves exempt from open records laws.

The House responded in January 2019 by passing House Rule 127, which states that lawmakers may, “keep constituent case files, and records of the caucus of the majority or minority party of the house that contain caucus strategy, confidential.”

That rule was cited by the House as justification to redact email addresses, postal addresses and telephone numbers from records requested later that year by Mark Pedroli, founder of the Sunshine and Government Accountability Project.

Are your priorities aligned with those of your Peers?

On November 16th GovQA walked through the early findings from the largest survey of its kind, the PiPRSurvey.

Watch the recording for the trends we’ve been seeing this year along with insight into how these trends compare to findings from the 2020 and 2021 PiPRSurvey. You’ll walk away from the video with a better understanding of what your Peers on the Public Records frontlines are prioritizing as they move into 2022.