By Nicole GlasheenMarch 30, 2022No Comments

Your Right-to-Know is Shifting

The public’s ability to access certain police and public servant records may be shifting as many states take advantage of the 2022 legislative session to revisit and revamp public record laws passed during the peak of the 2020 civil unrest and Covid pandemic.

Calls made for police misconduct records from Charlottesville to D.C.

A Charlottesville, VA attorney is calling on the city’s police department to make documents related to settled police misconduct claims public. This comes as one of Virginia’s U.S. Senators is pushing legislation that would do the same nationwide.

“They speak in very broad terms about transparency, and when it comes down to it, issues like this, they don’t support transparency,” said Attorney Jeffrey Fogel.

Fogel submitted a Freedom of Information Act (FOIA) request for the Charlottesville Police Department to “produce records concerning the settlement of claims of police misconduct” in 2020 and 2021. Right now, he says CPD keeps private the number of misconduct cases that have resulted in settlements as well as the dollar amount for which they were settled.

Making those records public is something Virginia Senator Tim Kaine, a Democrat, is trying to do on a federal level. In 2021, he sponsored the Cost of Police Misconduct Act. If it is passed and signed into law, federal law enforcement agencies would have to share data with the Department of Justice about “allegations of misconduct by federal law enforcement officers and amounts paid as judgments or settlements”.

Join us tomorrow, Thursday March 31st at 1pm CST for the webinar 3 tips in 15 minutes to Help you Identify, Evaluate, & Iterate Systems for Records Management.

Here, a 30-year government records management veteran, Cindi Mansell will cover painfully gained wisdom from her career. Join us for this information packed session and walk away feeling seen! 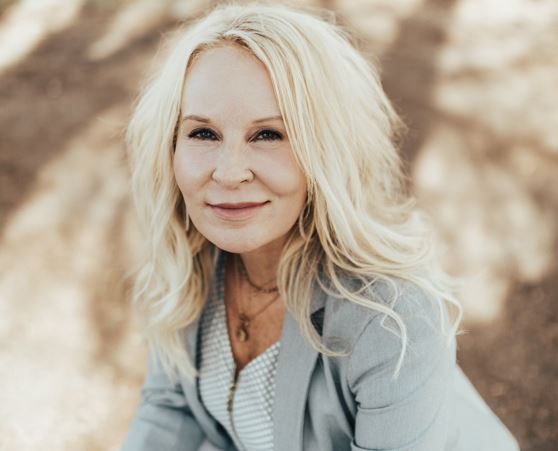 The Idaho House of Representatives tied itself in knots Wednesday [March 23] as it considered a public records bill, then sent the proposal back to committee, possibly killing it for the year.

The dustup had to do with Senate Bill 1339, which would designate the nonpartisan Idaho Legislative Services Office as the custodian of legislative records and specify that public records requests should be made through that office.

The bill essentially writes current practice into law. Although legislators may respond to and fulfill requests for their records — and some legislators insist on handling their own requests — such requests are generally routed through and fulfilled by legislative staffers in order to save legislators the time and effort.

These bills could affect access to public information in Connecticut

During this year’s legislative session, Connecticut lawmakers are considering a handful of bills that could affect access to public information and public participation in government business.

Here are a few of the Connecticut bills this session that could affect public information and participation:

House Bill 5269 would allow municipalities to continue holding remote public meetings. Public agencies started using these in 2020 to slow the spread of the COVID-19 pandemic, but the piece of the public act that allowed remote access meetings is set to sunset April 30. The bill extends that time and includes requirements that agencies post notice of the public meeting.

House Bill 5362 requires public comment periods at public agency meetings. The goal is to make sure the public can participate in government meetings and share their perspectives ahead of any votes.

House Bill 5378 would add employees of the attorney general’s office to a list of public agency employees whose home addresses are exempt from disclosure under the Freedom of Information Act. Those employees already include judges, law enforcement officers and Department of Correction workers, among other staffers.

A judge scolded the Pennsylvania State Police for the agency’s poor response to a reporter seeking trooper emails, text messages, and voicemails — some of which may no longer exist.

At issue was whether the State Police had the power to provide their own phone records to a freelance journalist requesting trooper communications about protests of Sunoco’s 350-mile Mariner East pipeline.

Attorneys for the State Police argued the agency didn’t have the records or the authority to request them from Verizon, its cell phone contractor.

After the hearing, attorneys for the reporter wrote in a filing that the Verizon contract includes a provision that makes it clear that such records must be released under the state’s Right-to-Know Law and the State Police should provide them.

Verizon told Spotlight PA that providing the voicemails and texts from years ago is now impossible — they no longer exist.

The Nevada Supreme Court ruled Thursday [March 24] that the state’s public records law does not require the disclosure of drug pricing information that could violate a federal trade secrets law, affirming a lower court ruling in an ongoing lawsuit filed by The Nevada Independent in 2019.

Weighing laws and regulations that allow businesses to keep competitive records confidential, the court’s order limits the public release of information on high insulin prices, including the cost of producing diabetes drugs, administrative expenses and profits reaped by drug companies.

“Nevada’s public records law shines a light on government conduct,” the order signed by Justice Lidia Stiglich and filed Thursday [March 24] states. “It permits Nevadans insight into whether the officials they elected are holding true to their promises. But this law’s illumination ends where statutory confidentiality provisions begin.”

3 tips in 15 minutes to help you identify, evaluate, & iterate systems for records management

Whether you have inherited a mess and are creating a system from the ground up; are currently re-evaluating your internal processes; or are a veteran yourself looking for community, this chat and the accompanying material is for you!

Cindi Mansell, veteran records manager, will provide an overview of her step-by-step instructions for information governance applicable to any state, county, or city agency – large or small. Topics will include navigating stakeholder buy-in, expectation setting, committee-building, IG situation analysis, records retention and disposition, and resources. Join us for this information-packed session and come away feeling seen!