States continue to debate whether drone footage, police misconduct records, and mailing list PII (such as mail and email addresses), should be available to the public under state open record laws.

The Chula Vista Police Department runs one of the most high-profile and advanced drone-as-first-responder programs in the United States, and officials have prided themselves on being transparent and trustworthy to the community.

The department’s website lists statistics for how many calls for service the drones have responded to, what types of calls they most frequently respond to and the flight path of each drone launch. “If anybody wants information, they want a tour, we open our doors to allow them in,” the drone program’s captain, Don Redmond, said in a previous interview with VOSD in April.

But one thing the department refuses to allow the public to see is the actual footage captured by the drones.

The department has denied public access to the footage, claiming an exemption under California Public Records Act, but one local newspaper is challenging that claim, and taking the city to court over the disclosure of the drone footage.

The Missouri House voted 154-1 on Wednesday [May 5] to pass a bill limiting public access to a number of government records.

If signed by Gov. Mike Parson, the measure would allow Missouri government agencies to close off public access to people’s addresses and phone numbers provided for mailing lists.

In addition, government bodies ranging from the Legislature to city councils could block public access to building security plans and utility usage records.

More broadly, the bill would give a 30-day deadline for people to pay once they receive a bill for the estimated cost to get public records, although requests could be resubmitted.

Public bodies would have to give 72-hour notice if the office is going to be closed for an extended period of time — a change pitched after many public offices shut down during the coronavirus pandemic.

This week, Assemblyman Jordan Cunningham announced that his bill to increase public access to police misconduct records in the event of an officer’s resignation passed the State Assembly unanimously.

After being sued at least twice in recent years for withholding public records, the University of South Carolina says it will now charge to gather, review and release public documents.

The charges are allowed under state law. Other local and state agencies already charge the public and the media for access to records.

The university will charge $25 per hour to search and retrieve records, unless the requested documents include emails or texts, in which case USC will charge $40 per hour. It will cost $20 per hour to redact records and $.10 per page to print the documents, according to USC’s website. The charges will not apply to records requests that have already been filed.

In Part 3 of this series on Change Management, Jen is once again joined by Spencer Stern, Director of Microsoft Dynamics Practice for Catapult Systems, as well as Alex Hempton, Technology & Innovation Deputy Director for the Performance & Analytics Department at the City of San Diego in California. They continue their conversation from Parts 1 & 2 by including another GovQA customer in the government space who has been a part of many different projects that have had a change management component. 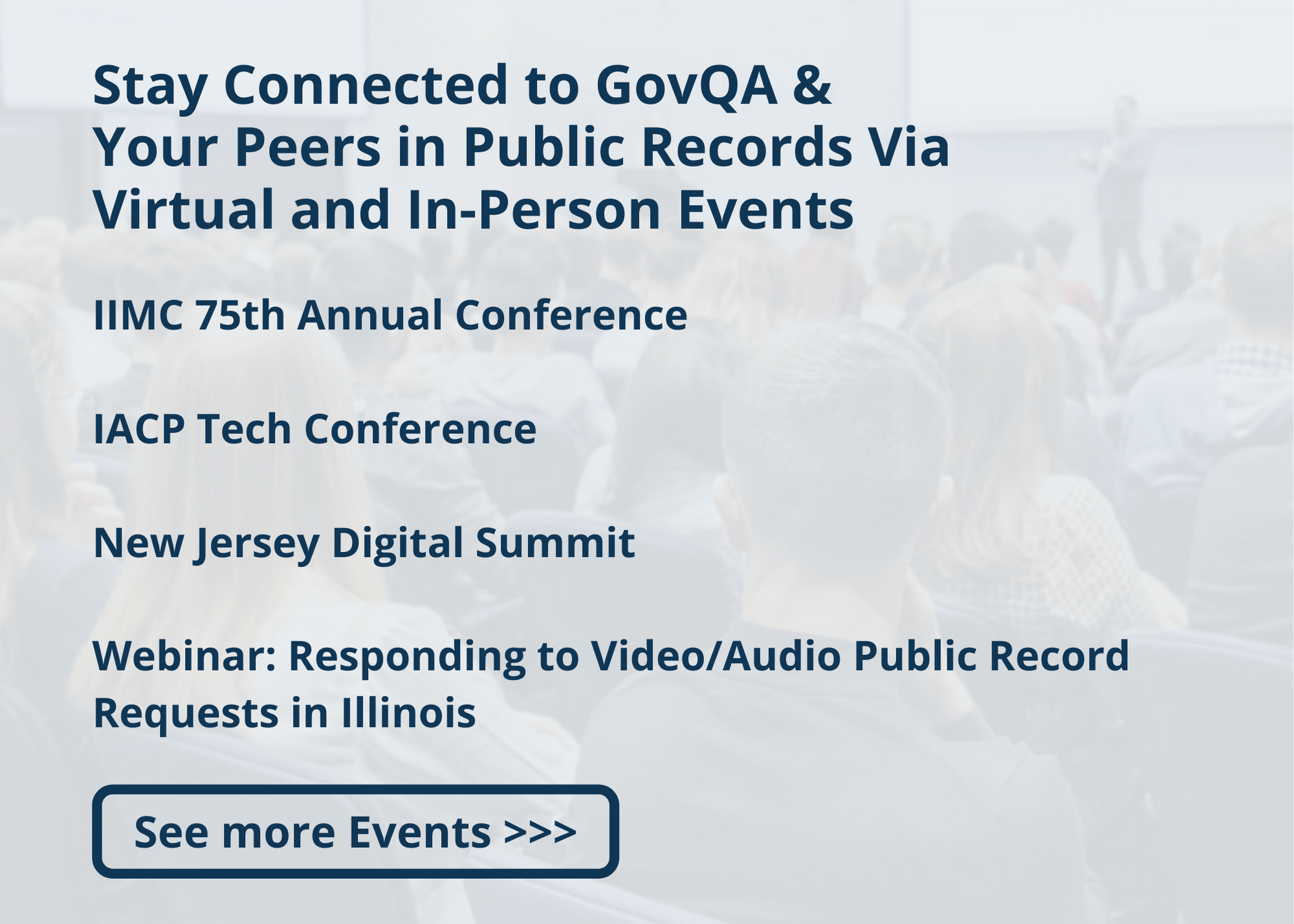