By Nicole GlasheenMay 5, 2021No Comments

Since the pandemic and civil unrest began, state and local government agencies have seen an exponential growth in the volume and complexity of requests for information. You—the unsung heroes— answered the call for public records despite enormous hurdles.

Thank you for all that you do!

A critical part of the job for people working in municipalities, law enforcement, public safety and health departments is responding to requests for public records and information. Recognizing their work is especially important this year as the pandemic has had a major impact on their ability to respond to public record requests, as many facilities were closed and some staff transitioned to working from home, all while the number of requests surged during the time of great uncertainty.

A bill filed [in April] in the North Carolina Legislature that would allow the public greater access to the personnel files of state and local government employees — including teachers, law enforcement and city and county workers — moved one step closer to passage this week.

Senate Bill 355, which would grant public access to information concerning terminations, suspensions and other disciplinary actions, passed the Senate Judiciary Committee on April 27 and now heads to the Rules Committee.

If approved by the General Assembly, SB 355 will become effective Dec. 1, 2021 and will directly affect local stories covered by The Free Press involving law enforcement, the school system, and local government personnel.

An officer-involved shooting sparked a debate over the release of body camera video by responding officers in North Carolina. State law does not require departments to release videos from body-worn cameras.

Pennsylvania law has similar protections for videos recorded by police as part of Act 22 that was passed in 2017, legalizing police body cameras statewide. The law created an exemption for all police videos from the state’s Right to Know Law.

Miller has co-sponsored two bills over the past two years that would make slight changes to Act 22, including increasing the time individuals have to request videos and putting the state’s Office of Open Records in charge of any appeals.

In Wisconsin, public officials generally must retain all public records, which includes emails. But state legislators have no legal obligation to do so.

State legislators must comply with an Open Records request, but if they have destroyed the record, they have nothing to send.

“Obviously it’s troubling,” Bill Lueders, president of the Wisconsin Freedom of Information Council said. “It allows legislators to make things go away that they would rather not see the light of day.”

Legislators and their records are subject to the Open Records Law in Wisconsin. But only if they do something that isn’t legally required: keep their records.

A committee of the Vermont House has approved a bill that bars police from identifying anyone under the age of 20 who has been charged with a crime, including fatal motor vehicle crashes, unless and until they are formally charged with a major felony.

The bill, S.107, adds a public records exemption barring the release of information about the initial arrest or charge of a person under the age of 20 “that would reveal the identity of the person.”

“However, a public agency may disclose identifying information relating to the arrest of a person under the age of 20 years of age in order to protect the health and safety of any person,” the bill says.

In Part 2 of this series on Change Management, Jen is once again joined by Spencer Stern, Director of Microsoft Dynamics Practice for Catapult Systems, as well as Colby Basham, Director of Public Works at the Village of Elk Grove in Illinois. They continue their conversation from Part 1 by including customer in the government space who has been a part of many different projects that have had a change management component. 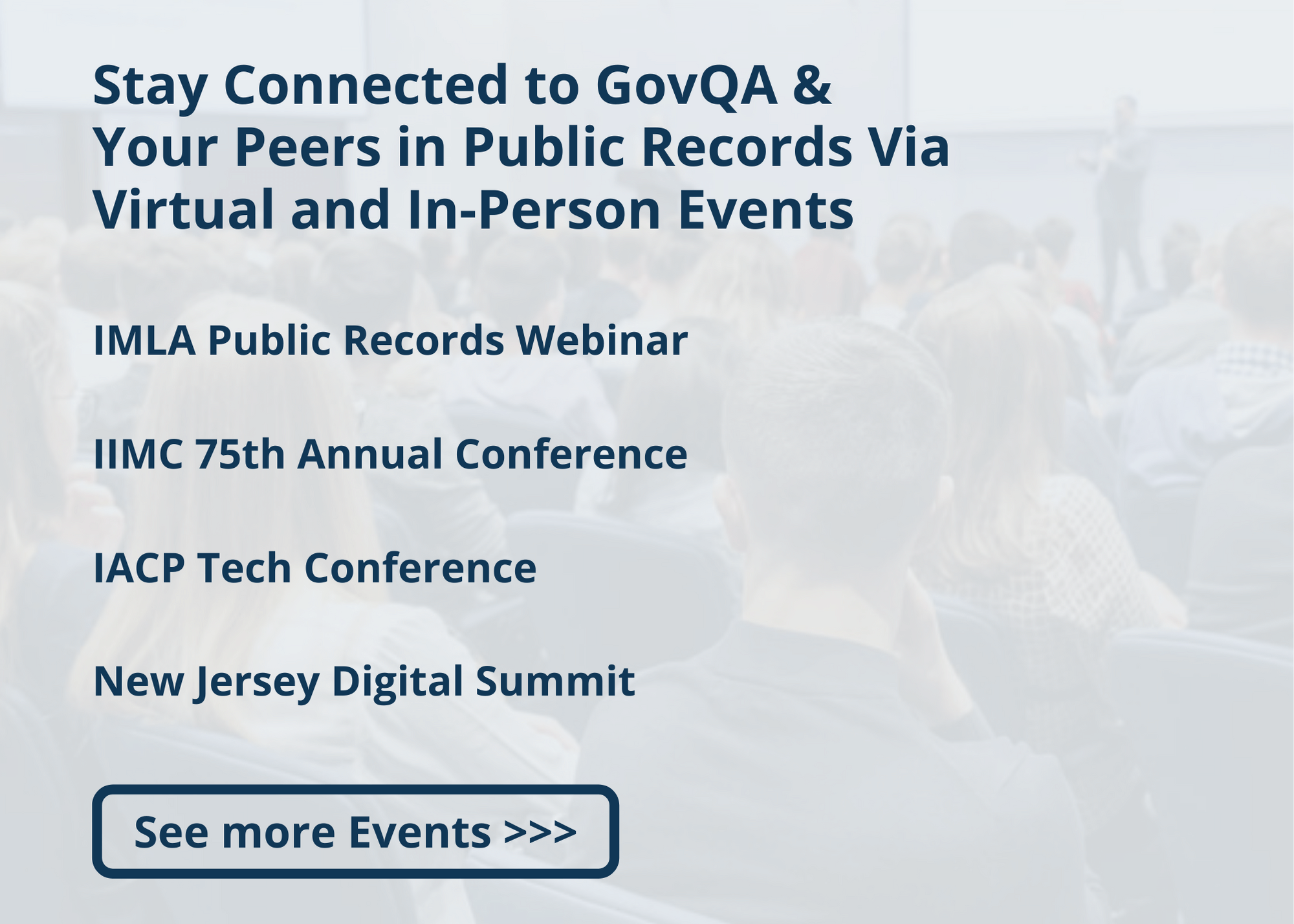