Should Covid-19 and CRT Records be Public Records?

As public interest around covid-19 and critical race theory (CRT) data rises, states look to determine where to draw the line between transparency and protected information.

The FDA is asking a federal judge to give the federal agency until the year 2076 to fully release its documents tied to the approval of the Pfizer COVID-19 vaccine.

The Food and Drug Administration made the request as part of a filing Monday [Nov. 15] in response to a Freedom of Information Act lawsuit brought by a medical transparency group.

The government informed the court that it has 329,000 pages of documents that apply to the FOIA request and suggested releasing 500 pages a month, a rate it believes would allow for the redactions of exempt material. The proposed rate would mean the FDA would not fully release the records in their entirety for 55 years.

The plaintiff in the case, the Public Health and Medical Professionals for Transparency (PHMPT), filed the suit after the FDA denied its request to expedite the release of the records.

62% of people say serving as a local police officer has become more difficult. This is according to a national survey conducted by our partners at Veritone.

Join us December 14th @1:00 CST for a panel discussion in which we’ll cover the impact and application of this 3000 person survey and other data sources on those choosing technology to manage requests for law enforcement records. 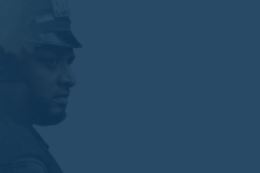 HB 3B, which would shield personal information about medical histories and religious views of workers challenging workplace vaccine mandates, passed on a vote of 85-32, with Democrats voting with the Republican majority.

On Tuesday, [Nov. 16] all 42 House Democrats voted to amend that provision, sparking hopes they could block it during Wednesday’s [Nov. 17] vote on final passage — that’s because public-records exemptions require two-thirds votes in the 120-member chamber.

But sponsors insisted fears raised by the Florida’s First Amendment Foundation that it would block access to legitimate public information about the way the state attorney general’s office investigates businesses were overwrought.

Missouri Attorney General Eric Schmitt alleges in a newly filed lawsuit that Springfield Public Schools wants to avoid scrutiny of its curriculum and training materials — and is violating the Missouri Sunshine law to do it.

The district improperly demanded a deposit of more than $37,000 to search its records for instances where it incorporated elements of critical race theory in its staff training and class work, the lawsuit filed Tuesday [Nov. 9] in Greene County alleges. It also improperly limited the scope of the request, Schmitt’s office charged.

The lawsuit, alleging 13 separate violations of the law designed to protect access to public records, asked that the district be fined between $13,000 and $65,000 and pay the state’s cost in the case.

On November 18, the Grants Office was joined by guests from GovQA and the National Association of Counties (NACo) to help you leverage ARPA Local Fiscal Recovery Funds to purchase public records management software for your organization. In this webcast, we covered the broad basics of these funds, their eligible expenses, and discussed some of the sample use cases aligned with the Treasury Department guidelines. Additionally, we covered the best practices for putting together your stimulus proposal to support your public records project.

With the launch of a new public records management program, one of the Idaho State Police’s [ISP] most frequently used services is easier and more convenient for the public.

Beginning November 15, 2021, all requests for public records will be completed by simply clicking on the Public Records Request tab on the Idaho State Police website, isp.idaho.gov.

The new request process coincides with ISP’s launch of a new public records request and management program through GovQA, an industry leader in government records software. In addition to making requests easier for the public, the program is also designed to increase efficiency for ISP records custodians managing requests, maintain transparency, and ensure compliance with the Idaho Public Records Act.