Changes to requesting public records at the state level are impacting the county’s procedures.

On July 23, Washington legislators passed two bills to alter the state’s Public Records Act, including charging for additional types of copies. Currently, the county does not charge for email attachments or electronic and scanned copies. Fees will be set after a public hearing on the local changes on Tuesday, Oct. 24.

The draft of the fees maintains the county’s current practice of $.15 per printed page, then adds $.10 per scanned records, $.05 for every four email attachments and $.10 per gigabyte of electronic documents.

According to a legal advice document through LexisNexis, a gigabyte can hold 64,782 pages of Microsoft Word files. San Juan County Deputy Prosecutor Amy Vira told the Journal, to the best of department officials’ knowledge, no one has requested a gigabyte of electronic data in the last ve years the county has tracked electronic public records requests.

The draft fee schedule also includes charging $4.94 for a thumb drive of records. Currently, thumb drives are charged their actual costs, as well as mailed records, which will remain the same in the draft schedule.

Vira explained that these fees are recommended by the state statute, but county sta can perform their own study to discover actual costs and alter fees any time after they are set.

County Councilman Jamie Stephens said, as the county’s public records officer, that he sets the fees, meaning the council does not adopt them in a vote. However, since the council is holding a public hearing on the ordinance update, the fees will be discussed then, too.

Other changes to the state’s Public Records Act include mandating that agencies create a request log and explain how agencies can seek clarifications on requests. Vira said both of these are included in the local ordinance, so they do not need to be added. Most changes to the local ordinance, she said, include “housekeeping,” like matching the state and local laws’ languages.

The updated state law affects all municipalities’ records requests, including the San Juan Island School District and the Port of Friday Harbor. Neither district has plans to change their policies and Vira said there is no deadline to adhere to the state’s statute. 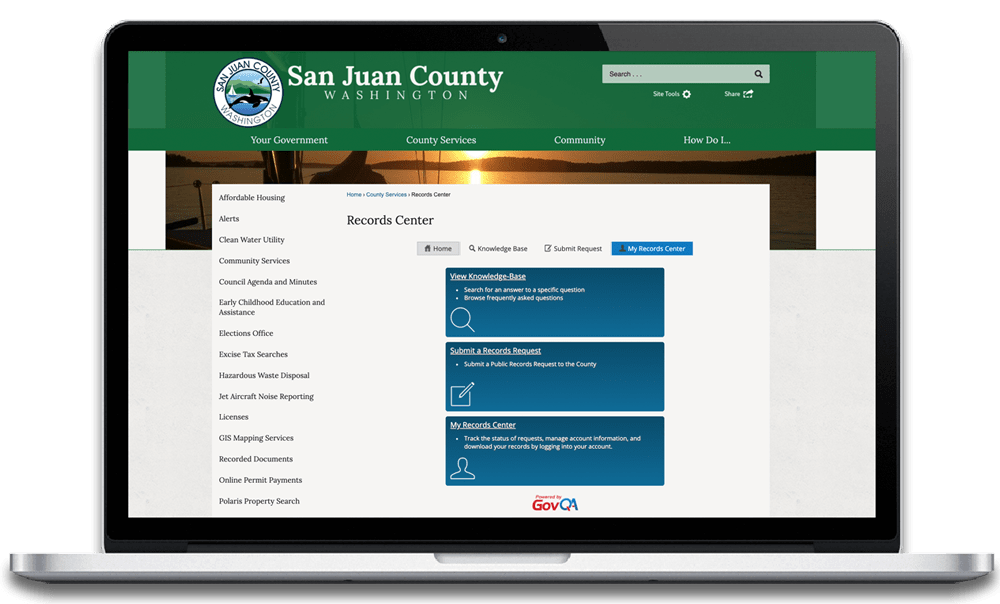